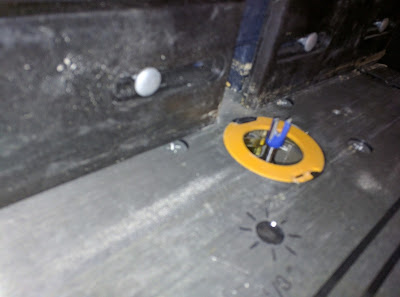 Our family has long used magnets to hang our knives. The problem has been that the existing knife holders were too short to hold all our knives and were not very good looking. I researched the topic and found that one could combine a nice piece of hardwood with rare earth magnets to make something beautiful that would solve the problem. I started with an $11 piece of Maple from Home Depot. The next step was to cut it to size and bevel its outer edges with my table router. The final woodworking act was to use the table router to carve a half-inch-wide channel down the center. At first, I took some bad advice that I had found online and left a 1/8" gap between the surface and the magnet but later found that to have any useful attraction, I would need to re-route that gap to be 1/16". This was the resulting piece (After being polyurathaned): 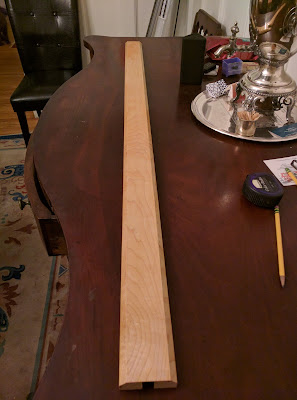 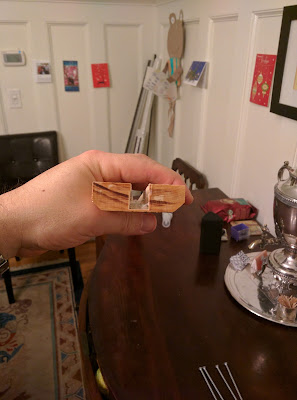 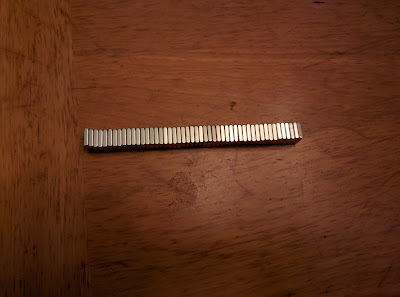 They were very difficult to separate from one another and by the end of the day, my right thumb was feeling quite numb but with some time and work, the magnets filled the channel cut by the router.  Part of the effort was aligning the magnets so that they stuck to each other.  If they were aligned properly, there was a danger that they would collide to violently.  These magnets are so powerful that they can collide with each other destructively, leaving expensive magnet shards.  I lost a couple in this manner but was thankfully left with enough to finish this project. 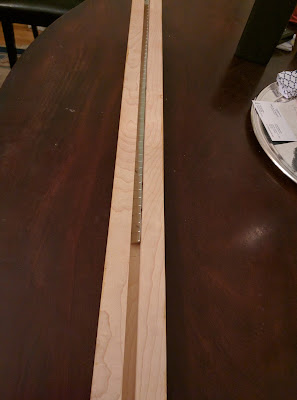 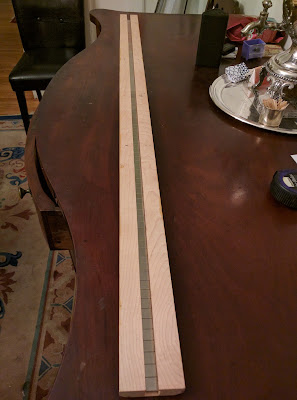 The result was as good as I had hoped for: 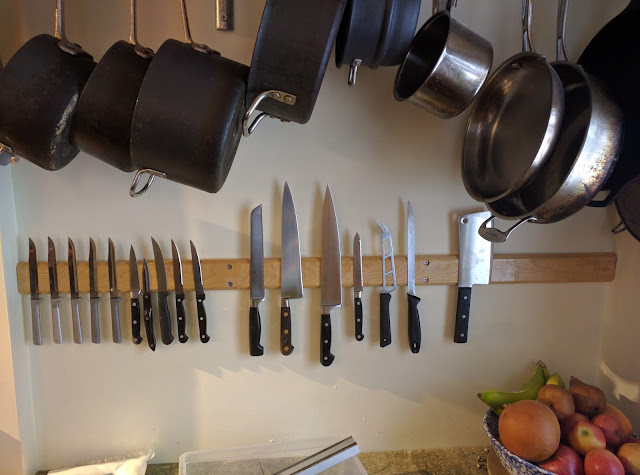 The only thing remaining is to cover those counter-sunk screw holes with little wood disks.  Other than that, I am happy with the outcome.
Posted by Modiano at 4:54 PM 16 comments: