Now that I have had the opportunity to spend a bit more time with my QU-BD Revolution XL, I have learned a bit more about its capabilities and issues that can come up.  I'll begin with examples of objects that I have printed so far.

The first thing that I printed was the single-wall vase, the gcode for which QU-BD provides on the RXL product page:


One thing that I was very eager to print was emmet's brilliant, parametric gear bearing, which, once printed, can be "cracked" and used as a functional bearing.  One reason why this is such a unique and wonderful object to print is because it is a shape that can only be arrived at using 3D printing.  Because its interlocking gears and outside walls use a Herringbone pattern, the piece could not be assembled manually.  This also means that the bearing's parts are forever locked in place: 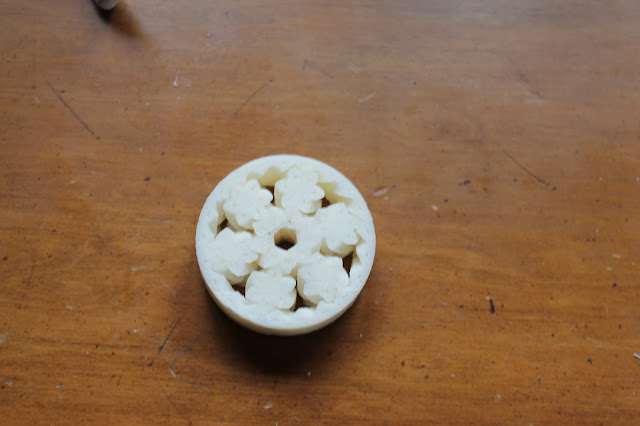 One thing that I have been unable to figure out is how to get certain shapes to print at high speed.  For example, when using Repetier Host and Slic3r to print sphynx's lovely Koch snowflake vase, I configured slicer and set all speed settings for 400mm/sec but of course configured it to do the first layer at 20% speed.  When printing The first layer goes down as predicted.  The next couple of layers go down lightning fast, as expected, but when the base of the vase has been completed it goes into low speed when doing the double wall of the vase to the point where the print took 6 hours.  This is clearly a Slic3r configuration issue but for the life of me, I have not been able to figure out what setting is holding back the speed.  In any case, the final printed piece was a thing of beauty: 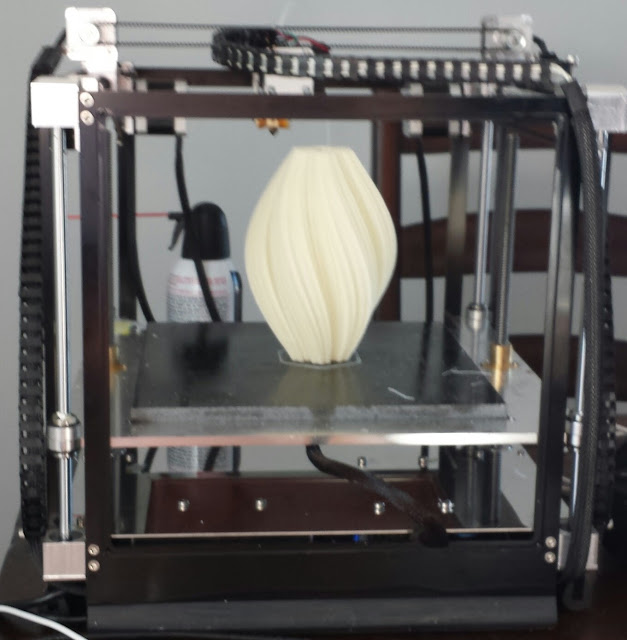 There are a number of things that I have learned about the RXL, mostly through repeated print failure:

The initial distance between the hot-end and the bed is critical and I have found that the Z axis mechanical end-stop to not be perfectly reliable.  On three occasions, it has failed to activate, driving the bed right off one of its Z axis screws before I was able to fumble for the emergency stop.  On a few occasions, it would go off a little late so that the hot-end was so close to the bed that attempting to print would clog the nozzle.  At the beginning, I was a bit frustrated that there was no means of adjusting the end-stop distance other than bending the switch lever.  I am not completely sure but I strongly suspect that the switch's unpredictable behavior may be due to the fact that its lever touches the aluminum bed which may or may not be hot.  It may be that the heat from the bed is being conducted into the end-stop's lever, causing the problem.

In any case, I believe that I have come up with a cheap and easy workaround.  I carefully bent the lever of the end-stop incrementally until it would activate when the hot end was pressed against the bed with no clearance.  I then moved the bed down and began to add strips of clear 3M packing tape to the part of the bed that the end-stop touches.  One can conceivably even use Scotch Tape for finer increments.  The result was that I was able to use this method moth to calibrate Z height and help insulate the Z end-stop's lever from bed heat.

When attempting to print several items at high speeds, I found that the print started out okay only to fail a few layers later when the nozzle would clog.  Upon examination of the extruder, I would find that the portion of filament being gripped by the extruder's gears was stripped.  After playing with a number of variables over several days, I found that the problem would not occur if I reduced my retraction from 1mm to .5mm.  This reduction also did not result in any unwanted stringing, as evidenced by this string-free 4-piece printing of MarcoAlici's Recorder that my son is still waiting for me to clean up and glue together: 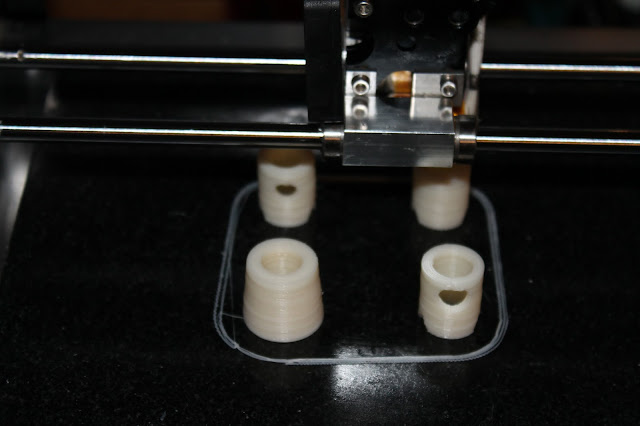 The RXL is a fantastic printer.  It is super-fast (when you know how to configure Slic3r!), has a great build area and easily puts to shame printers costing $1,000 more.  I think that QU-BD did a superb job.  I am looking forward to pushing this printer much further to see what I can do with a variety of materials other than ABS, namely Nylon and LAYWOO-D3.

The RXL has one notable shortcoming.  It does not have any convenient places to mount a a filament spool on top (where else would one put it?).  I hope to design a spool-holder and use my CNC router to cut it out of some 1/8" Aluminum plate in time to show it to the folks at QU-BD, assuming they will be at the New York City Makerfaire that I am looking forward to attending this weekend.
Posted by Modiano at 9:09 AM 16 comments: 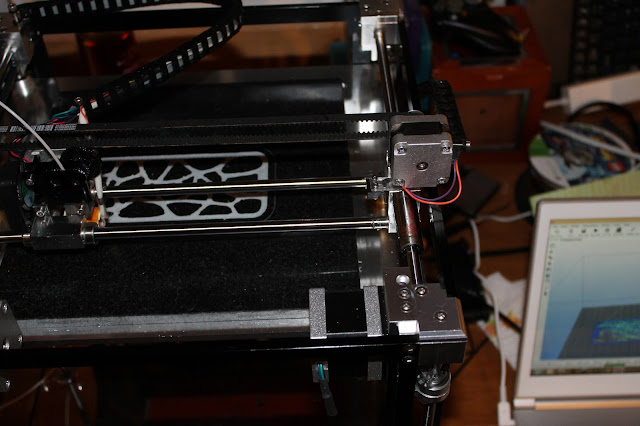 I don't want to seem overly-critical.  This is nothing short of a groundbreaking machine.  When I look at it, I see a labor of love;  something I would be proud to release to the world.
Posted by Modiano at 8:24 PM 41 comments: 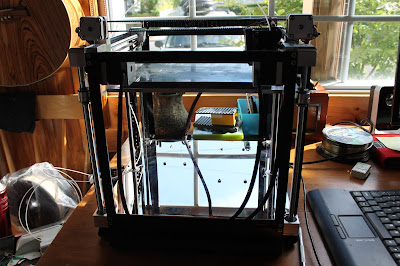 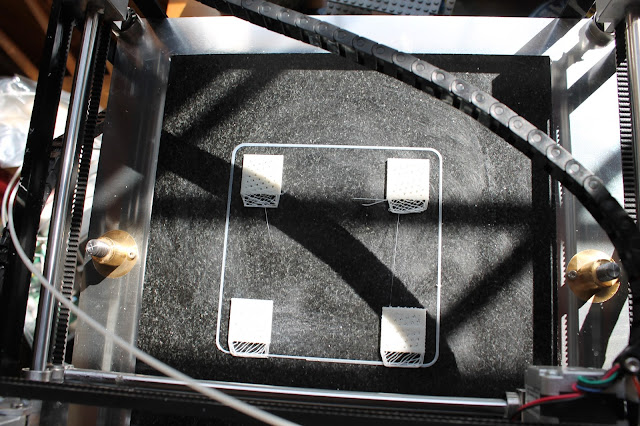