Back to my obsession's beginnings: 3D printing

Following a forward looking time during my childhood in the 70's, when people were walking on the moon, my geeky hopes of living in a futuristic future steadily eroded as I aged.  Yes -- we had computers, the internet and smartphones, but it was not until I came upon the REPRAP project -- the dream of which was the development of the world's first self-replicating manufacturing machine -- that I finally was able to cast away my technological cynicism and embrace the arrival of the new age for which I so long had pined.

Beyond the promise of a machine that makes things for you ("Tea, Earl Grey, hot!" [sorry, a Star Trek reference]) was the appeal of the notion of the democratization of manufacturing.  Made with cheap open-source hardware and software, these machines could be made cost-efficiently enough for almost anyone to own.  I would credit the REPRAP movement as being the primary catalyst for the market's inundation with the increasingly cheaper and better 3D-printers that we see today.

I built my first REPRAP Mendel from a kit in early 2012:

That 3D printer eventually fell into disrepair, but not before it had printed most of its "child's" required plastic parts.  The child printer, a variant of the MendelMax 1.5, was almost completed but has been at a construction standstill while I have awaited a means of producing the remaining required parts.  Those parts were among the first ones that I milled out of Aluminum last week with my CNC router.

I am now at a mighty temporal nexus.  QU-BD.com, from whom I was the 12th person to order their revolutionary and aptly-named "Revolution XL", tells me that I should expect delivery soon of the 3D printer that I ordered in January from that fledgling company.  I also believe that I have all the parts now to complete my oversized MendelMax, which I built to be quite versatile.  For example, I took many lessons from reprap legend Richard Horne (otherwise known as RichRap), who convinced me to have a machine with swappable extruders.  In this way, one could quickly replace a plastic extruder with a paste extruder capable of building structures out of materials like ceramic, cement, silicone, etc.  The possibilities are just about endless.

I hope to follow in the footsteps of those like Richard (to explore strange new worlds...) and to see what can be done.

All that said, Richard and many other brilliant and influential members of the reprap movement have gotten together to produce a brilliant online magazine for which I must provide a glowing endorsement.  You can find it at http://reprapmagazine.com/ .
Posted by Modiano at 4:40 PM 22 comments:

Lots of failure and some success with my CNC router

The one thing that I have learned while building and learning how to operate my Shapeoko variant CNC router, was that success is achieved by preventing any one of a hundred things from going wrong.  So before I show you any of my successes, I think that it is only fair to show off some of my many failures and the lessons learned: 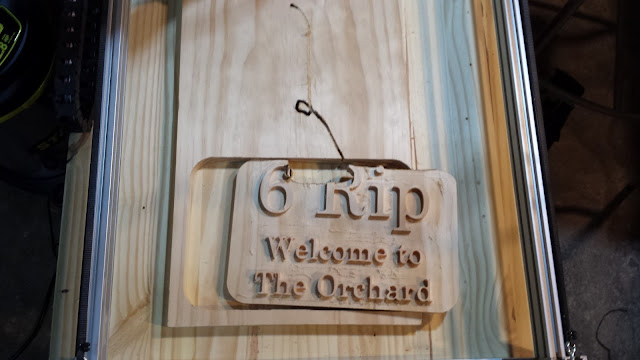 Lesson learned:  Don't forget to use holding tabs to keep the part secured or bad things can happen.


Lesson learned:  An overloaded circuit can bring a multi-hour job to a sad end. 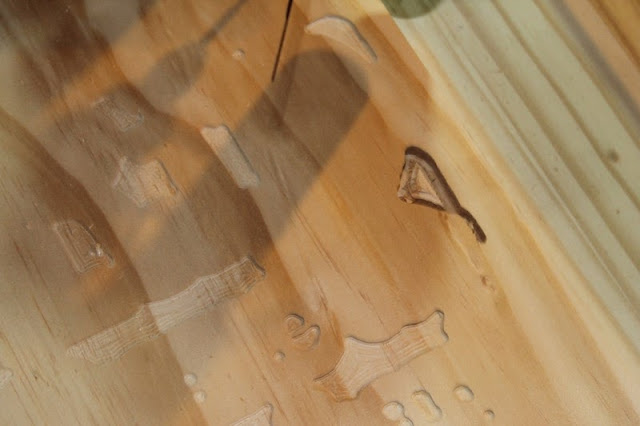 Lesson learned:  If your Z axis starts to drive your bit deep into the wood for no reason, check the Z stepper motor to make sure it hasn't gone bad before wasting days exploring other possible causes. 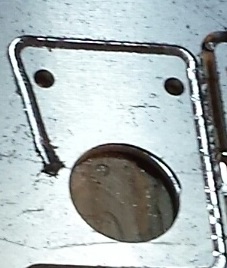 Now for some successful cuts: 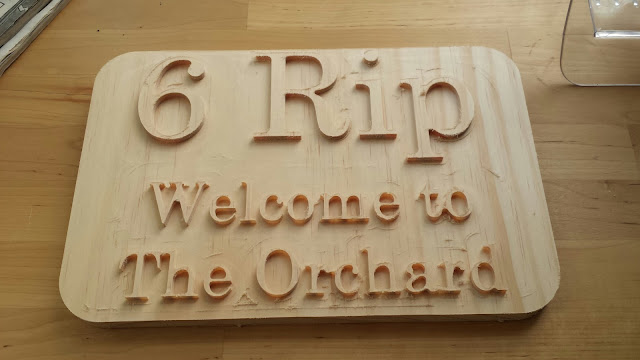 This was cut out of pine and is about 10" wide. 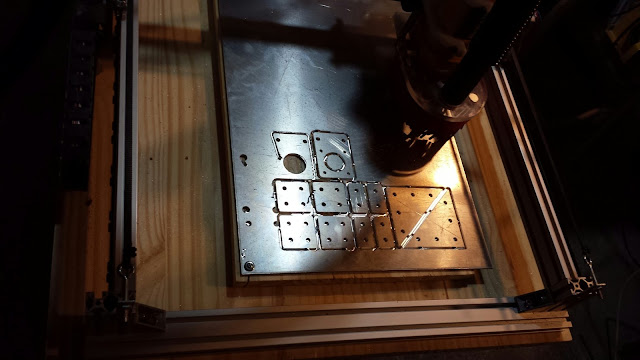 This was my first successful milling of 1/8" Aluminum plate.  The parts, all with precision-drilled holes, are fastening plates for T-slotted Aluminum extrusions (like those from which this CNC router was constructed).

I look forward to milling other materials like HDPE plastic, hardwoods, cork, and if I get really brave, stainless steel.